Effectiveness of COVID-19 vaccines against the B.1.617.2 (Delta) variant 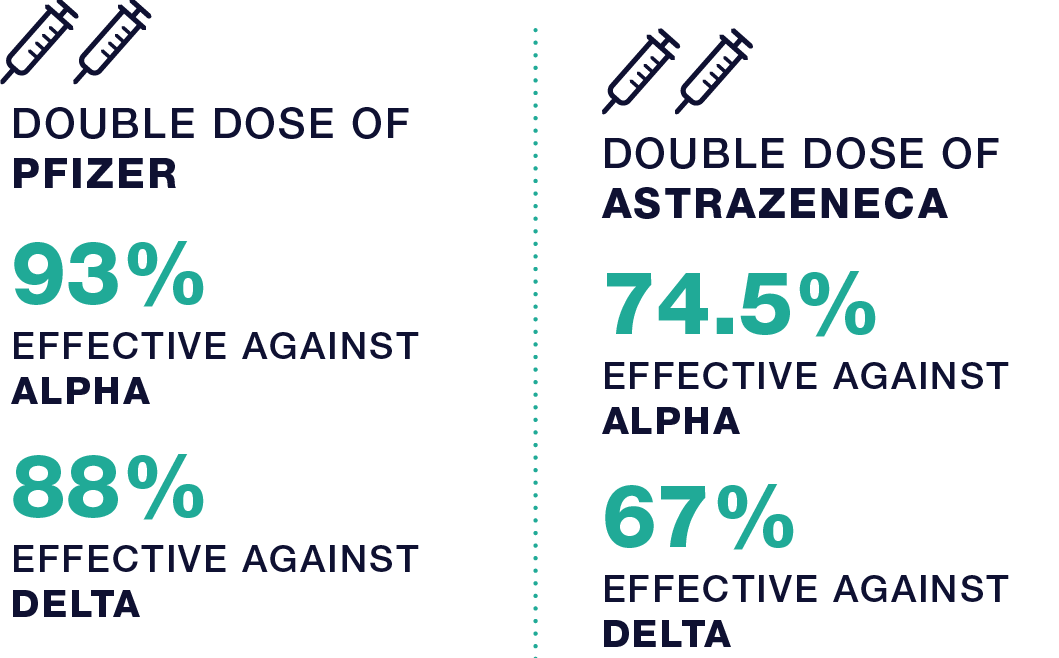 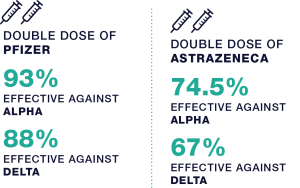 By: Bernal, JL et al. in The New England Journal of Medicine

The findings in a nutshell

This study, which focuses solely on symptomatic infections, compared the effectiveness of the Pfizer and AstraZeneca vaccines against getting symptoms from the Delta variant. The findings concluded that a single dose of either vaccine was less effective against getting symptoms from the Delta variant, compared to the Alpha variant. Once an individual has two doses of either vaccine, there is a modest difference from preventing symptoms of both variants. This would support the use of two doses among the population.

Overview of the paper

So there are modest differences in vaccine effectiveness against symptomatic disease caused by the Alpha or Delta variant when you have both doses of Pfizer and AstraZeneca vaccines. However, there is a significant difference following only a single dose. The finding supports maximising the efforts to complete the two dose vaccinations.

Despite the increased infection rate caused by Delta, the evidence demonstrates that both Pfizer and AstraZeneca are effective against symptomatic disease for this variant. Ongoing promotion of vaccines is required to encourage the general population to get vaccinated. Employers should encourage their staff to get vaccinated with two doses of either vaccine through appropriate promotion, and incentives. Examples being trialled by Australian employers have included paid time off, gifts, and entry into raffles. It is important that these incentives do not only focus on the initial dose, but both initial and second dose to ensure maximum protection.

To find out more about the Effectiveness of COVID-19 vaccines against the B.1.617.2 (Delta) variant read the full article here.