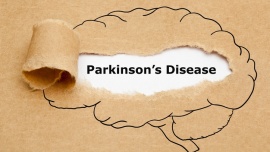 Sunday 11th of April 2021 recognised World Parkinson’s Day which increases awareness of the disease during the month of April which marks Parkinson’s Awareness Month.

Parkinson’s Disease is a progressive neurodegenerative disease that was first described by James Parkinson in 1817, with research estimating that more than 100,000 Australians are living with Parkinson’s. PD is uncommon in people younger than 40, and the incidence of the disease increases rapidly over 60 years. While the cause of Parkinson’s is still largely unknown, with many postulated mechanisms, there has been significant advancement in understanding this complex condition.

Covid-19, the Brain and Cognition